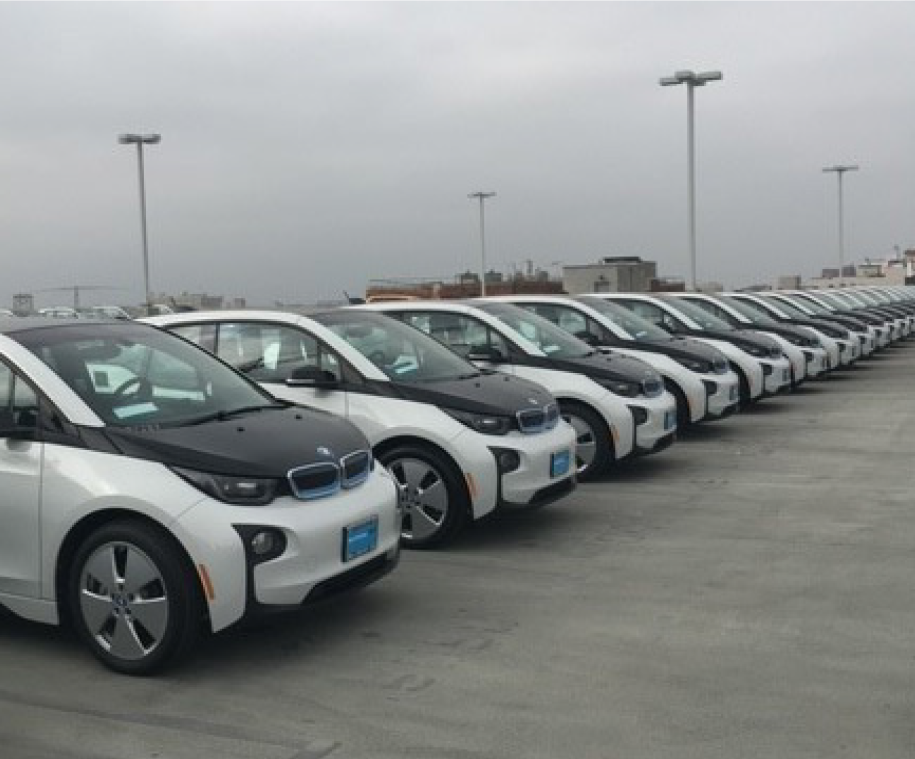 EvStructure installed 169 new Level 2 EVSE’s 48 new EVSE’s
infrastructure for current and future needs of LAPD fleet vehicles. The
team designed, installed and is currently on contract for maintenance
of all stations. The project was completed in three phases. Design,
engineer, permit, construct and maintain new service infrastructure
dedicated to EVC at 24 LAPD stations, Motor Transport, and
Division garage. Challenges exist when working in secure areas of an
active police station. These were mitigated with proper scheduling,
workspace boundaries and employee background checks. 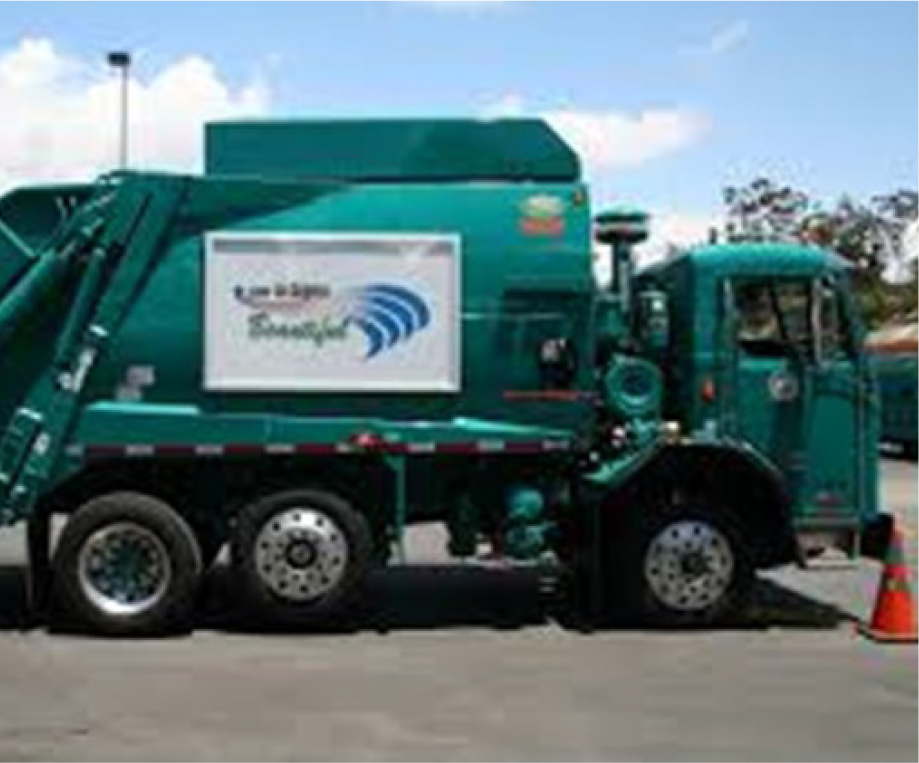 EvStructure installed four new EVSE infrastructure to enable the
Bureau of Sanitation to test the feasibility of electric trash collection
trucks. Our team designed, engineered, permitted, constructed, and
maintained new service infrastructure dedicated to EVCS at the North
Central Yard. There were challenges with construction and trenching
in an extremely busy service yard. This was mitigated with proper
scheduling and workspace boundaries. 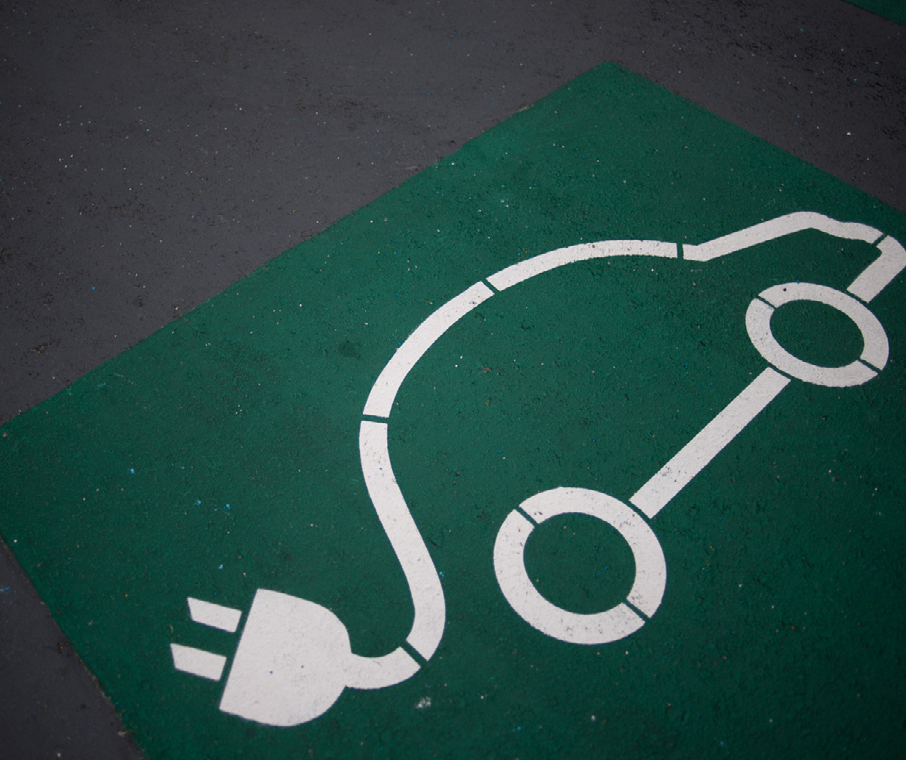 In 2015, the EvStructure team designed, engineered, permitted,
constructed, and maintained new service infrastructure dedicated to
EV Charging Stations at various cities in Southern California such as
Cities of Anaheim, Azusa, Burbank, Cerritos, Colton, Glendale, Moreno
Valley, Pasadena, and Riverside. We installed 20 new Level 2 EVSE
and 8 new EVSEs for the Southern California Public Power Authority.
Some of the challenges included handicap accessibility issues and
construction at popular venues. These were mitigated with assisting
the city planners in reviewing and implementing the new building
codes and proper scheduling, workspace boundaries. 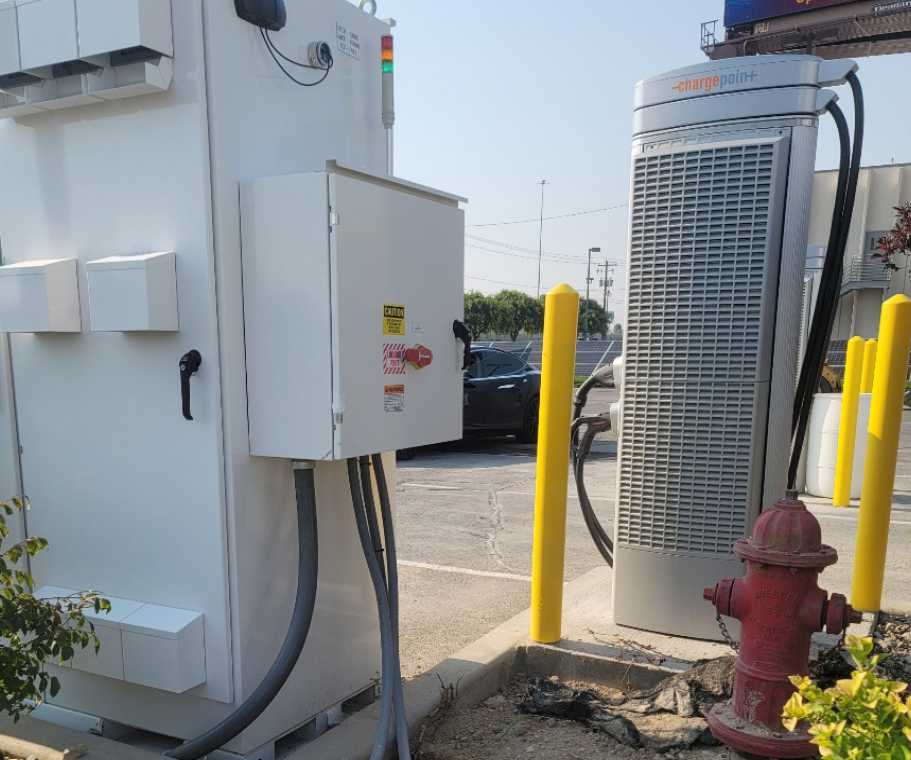 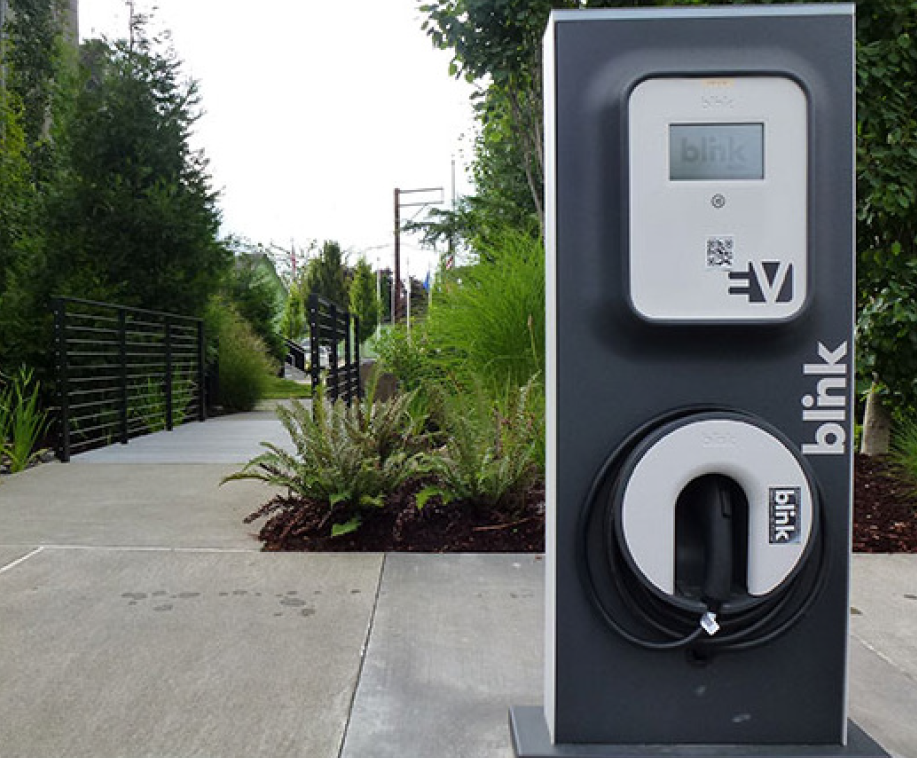 EvStructure perform maintenance operation services on more than
140 Level II EVSEs and 80 EVSEs throughout cities in New York,
Connecticut, Rhode Island, New Jersey, Pennsylvania, Virginia, North
Carolina, Delaware, and Hawaii. Typical work included replacing
existing outdated or out-of-service EVSE with new networked units
and verifying cell readings for all carriers such as Sprint, AT&T, and
Verizon. Right of entry agreement challenges existed throughout all
of the states but were mitigated with proper communication. Other
challenges included scheduling and mobilizing in different states. 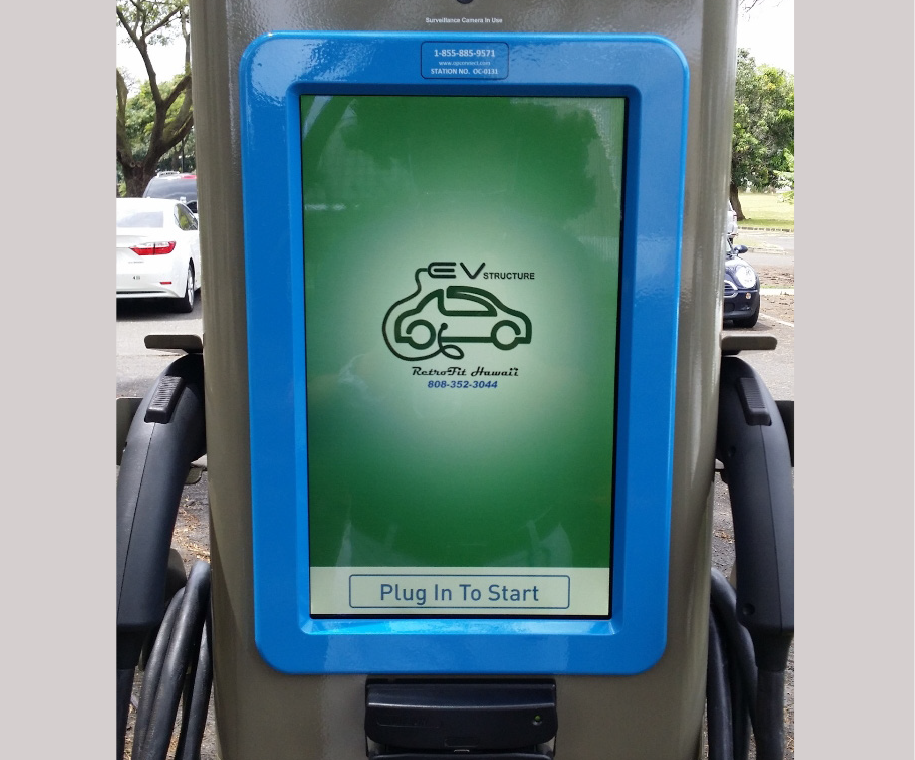 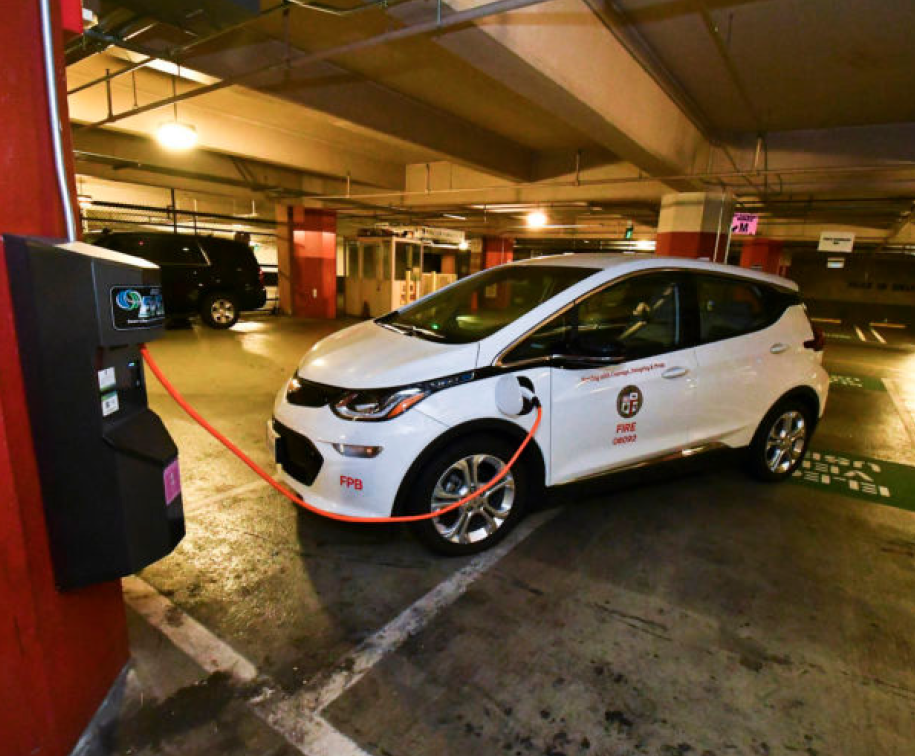 EvStructure was hired to design and install 120 Level II EVC
Infrastructure at the Los Angeles City Hall parking structure both on
the employee and visitor parking decks. The project also included the
removal and replacement of their existing EV infrastructure with a more
modern and efficient network system. The underground parking decks
posed some challenges with cell signal reception, but through smart
design and engineering from the IT service team, the team was able to
achieve a steady stream of service and connection across all stations.
Our tea team was responsible for pulling all permits required for
installation and is currently providing ongoing maintenance services. 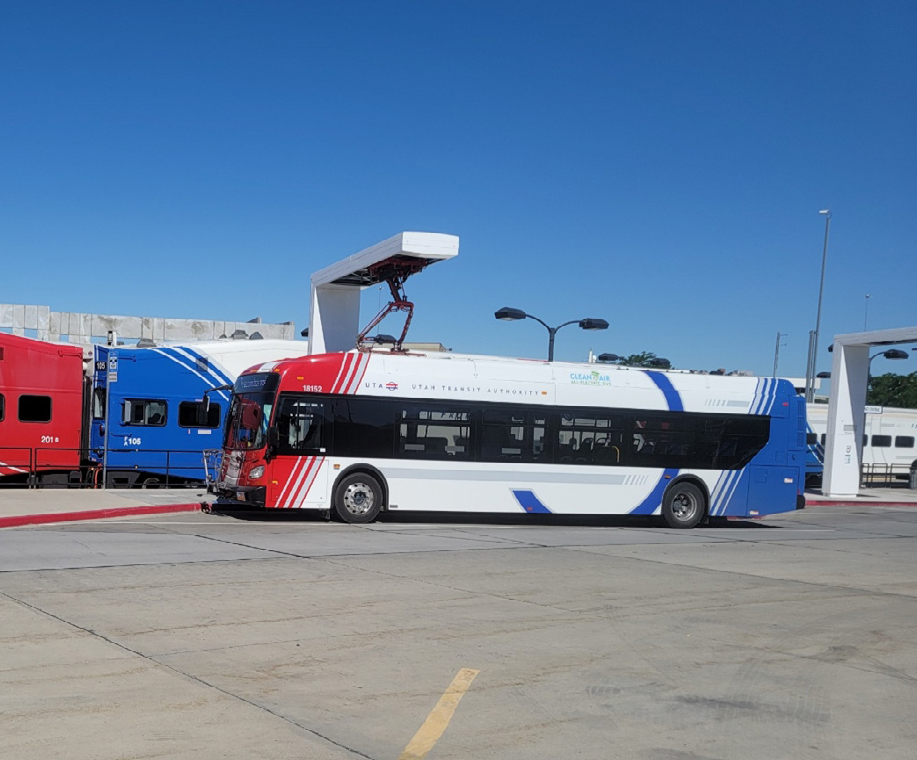 EvStructure attends quarterly installation and maintenance training at the ABB headquarters in Richmond, Virginia to properly maintain and provide best practices and solutions. 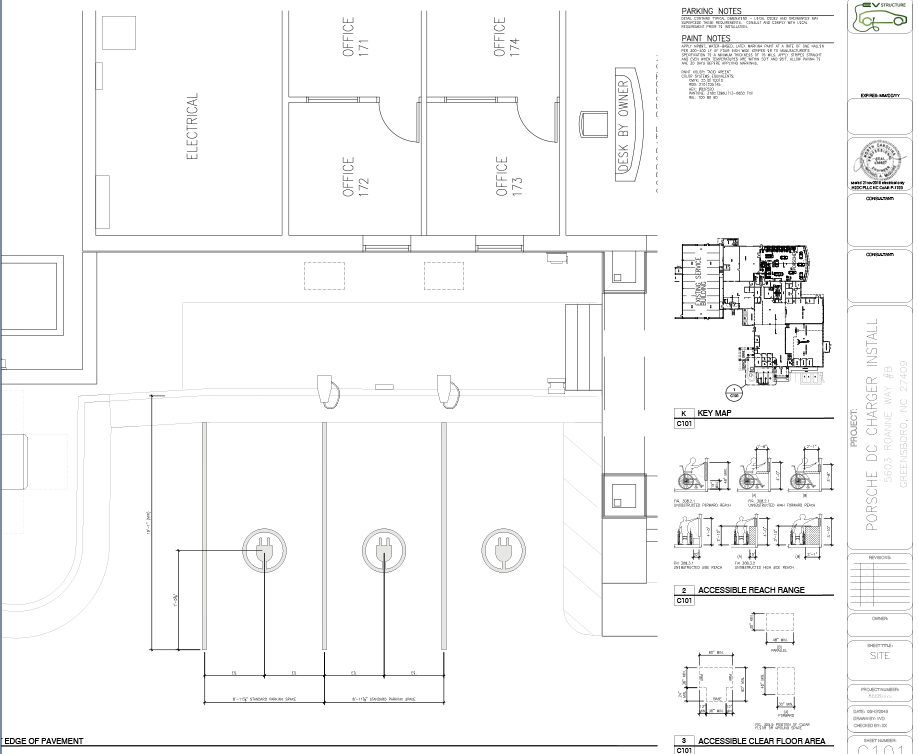 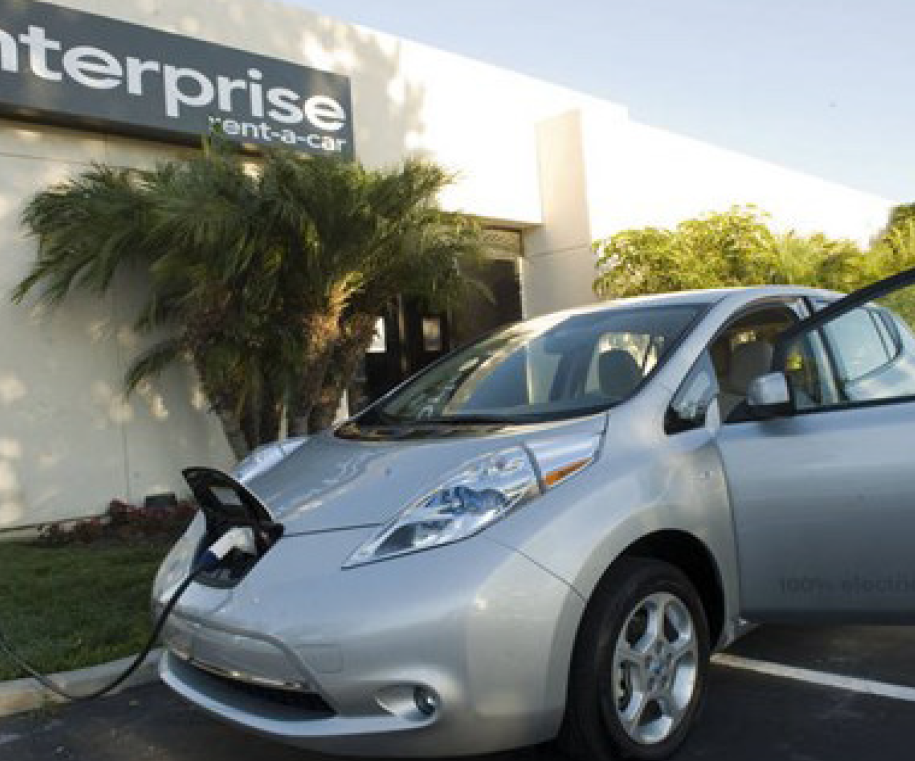 As one of the largest vehicle fleet owners in the world, Enterprise Rent-A-Car has been investing in the future of alternative fuel in hopes of reducing both environmental impact and the nation’s dependence on foreign fuel sources. Enterprise contracted with EvStructure to kick off their Electrical Vehicle Pilot Program in Oahu, Hawaii - one of the company’s largest fleet of rent-a-cars. EvStructure designed, engineered, permitted, and constructed a new service infrastructure  dedicated to 25 EVCS at various rental facilities throughout the island. EvStructure completed the installation in November 2015 and is currently providing ongoing maintenance work. 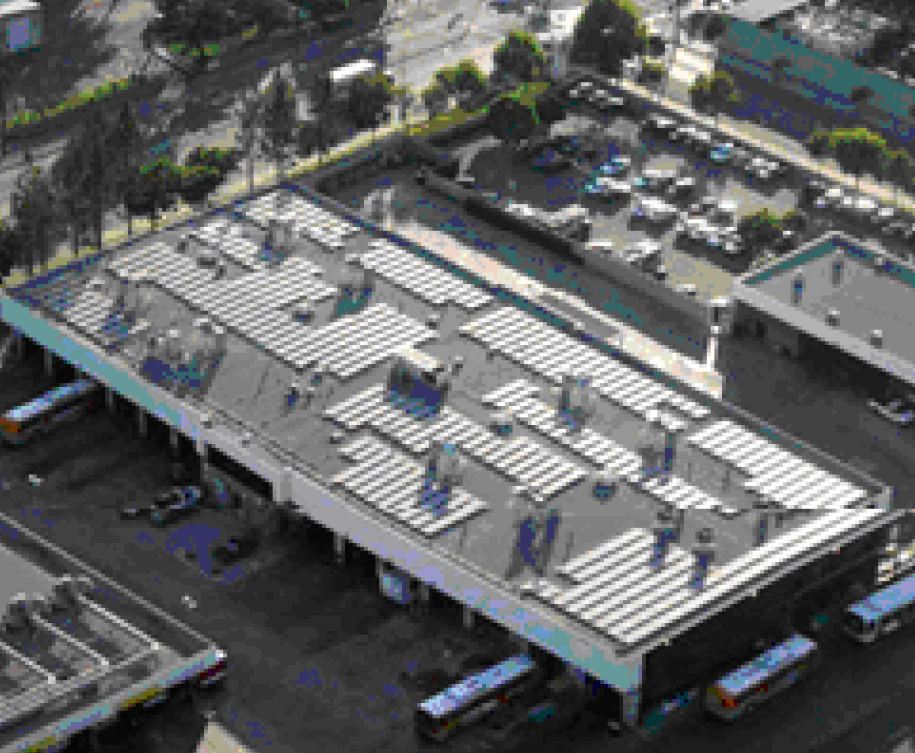 This project was part of a larger sustainability program, coined “Metro State of Good Repair” Bus Facilities Improvements. This program included multiple feasibility studies to assist in carry out the program’s initiative to reduce maintenance cost, energy consumption, and find creative ways to be sustainability and increase the life-cycle cost of its equipment and assets. 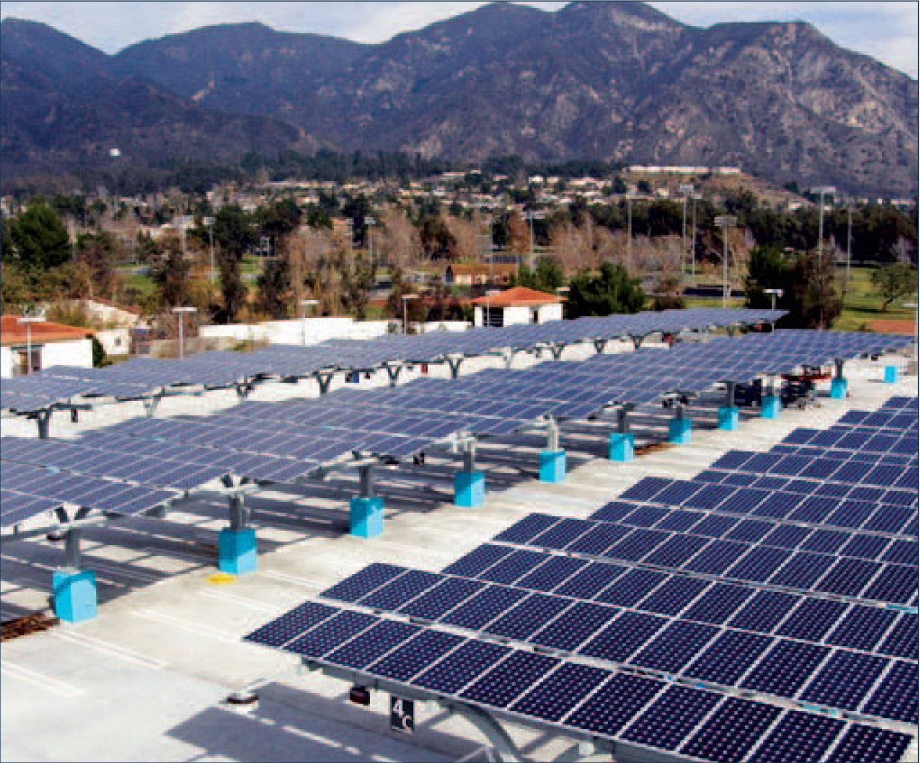 EvStructure was contracted to install about 17,000 sq ft. of solar panels on a four-story parking structure roof top. The project required a thorough site visit, investigation, engineering assistance and compiling full reports of the system’s input and output.

This solar installation provides both parking shade and renewable electricity and covers about 17,000 sq. ft. of the parking structure’s top-level. The solar array produces an estimated 233,000 kWh per year - enough to power 150–200 average homes and about 8% of the college’s total usage. It is expected to save the college more than $75,000 per year 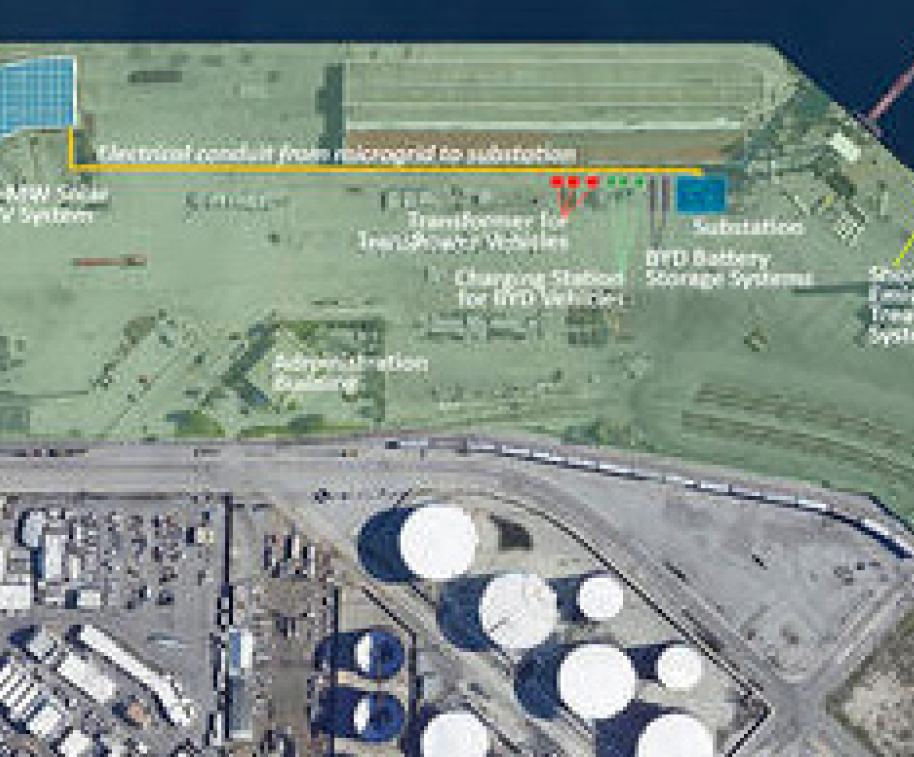 In 2012, energy program director was contracted by the Port of Long Beach to take the existing Pasha Terminal and create an energy system that would allow it to be fully operable off-the-grid, meaning 100% independent of external energy resources in the event of an extended electricity shortage due to natural or man-made energy outages. This project required a full feasibility study to determine critical loads, solar/renewable energy capacity, energy management and storage system, as well as complete design and installation. 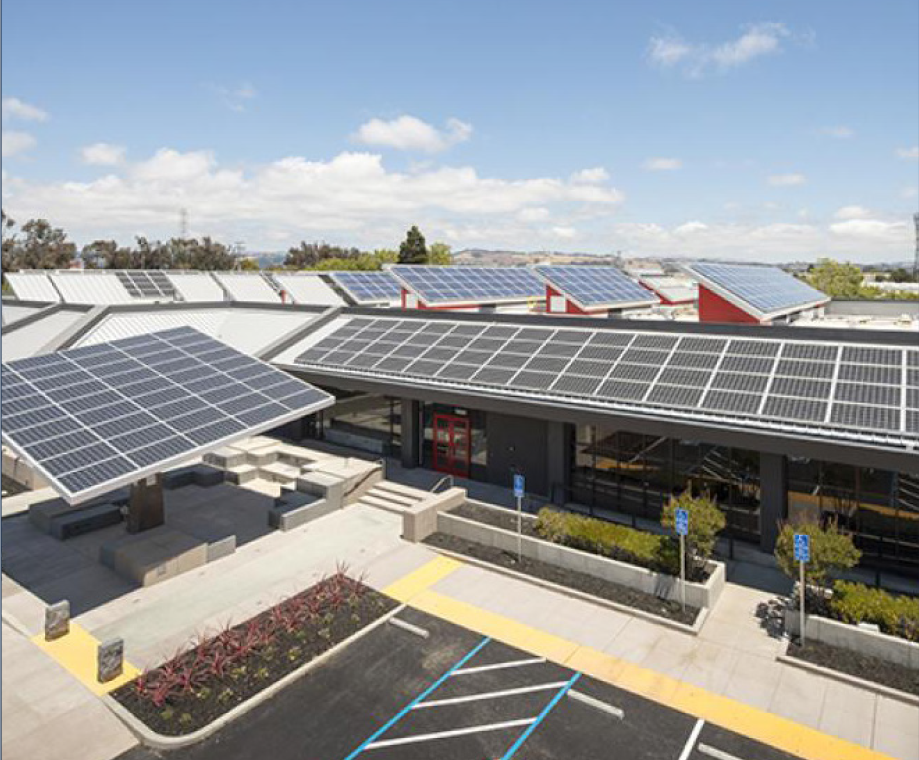 In 2011, EvStructure co-developed the Zero Net vision with the client through design, organized financing, oversight of installation, commissioning and monitoring. They studied utilizing state-of-the-art technologies, photovoltaics, wind turbines, solar thermal (domestic hot water and building heating), controls and monitoring to provide a net year end utility bill of zero. The ZNE Center team engaged in multiple design feasibility studies, considering natural resources, occupancy-specific energy design, project timeline and budget. Through analyzing the energy and construction cost impacts of many sustainability scenarios, the team gained comprehensive insight into which combination of passive/active designs and technologies would meet building performance, use type, and budgetary goals. The ZNE Center is comprised of three campuses and exceeded its energy goal its first  year of operation, producing an excess of 69,071 kWh over modeled calculations, and realizing a net savings of more than $15,000 in energy bills. It produced 20.83 kBtu/ft2 of energy in its first year, and consumed 15.32 kBtu/ft2, for a net energy use intensity (EUI) of –5.49 kBtu/ft2. 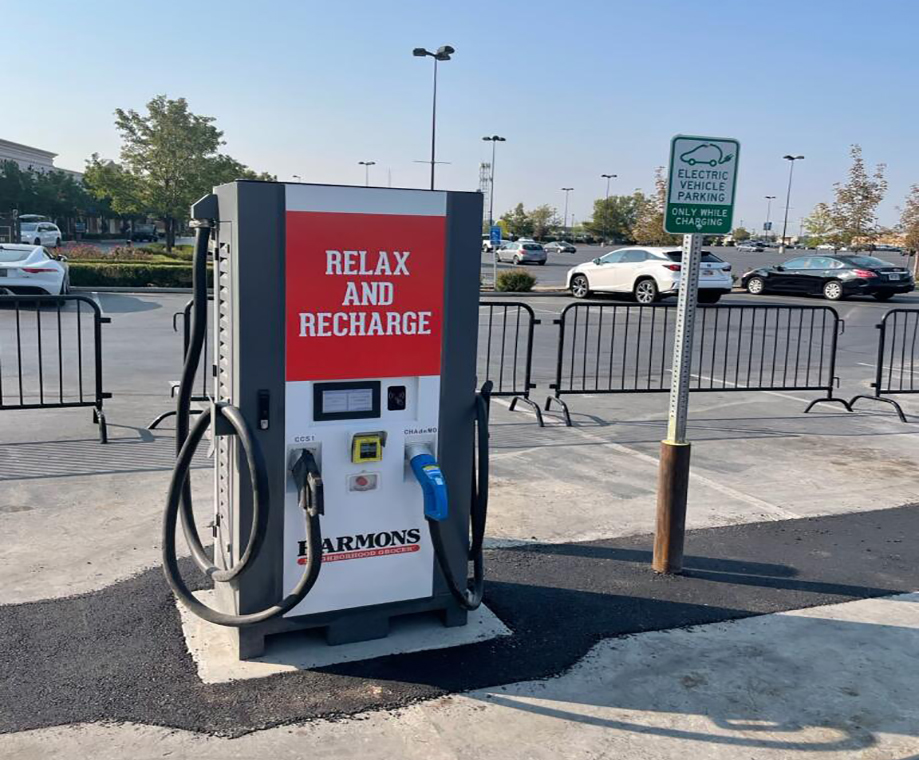 Multiple locations.  Provided Design,  Build , Hardware, Network and Service Contracts for One 60KWxDCFC & One Duel 48amp  Level II EVSE
Along with 3 Dual Level 2 48amp units at their corporate Headquarters in West Valley, Utah.  All existing and new locations to use EvStructure for their Design Build outs for  hardware, The EvStructure Network and ongoing service. 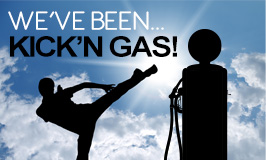 We use cookies on our website to give you the most relevant experience by remembering your preferences and repeat visits. By clicking “Accept”, or scrolling down the page, you consent to the use of ALL the cookies.
Do not sell my personal information.
Cookie SettingsAccept
Manage consent

This website uses cookies to improve your experience while you navigate through the website. Out of these, the cookies that are categorized as necessary are stored on your browser as they are essential for the working of basic functionalities of the website. We also use third-party cookies that help us analyze and understand how you use this website. These cookies will be stored in your browser only with your consent. You also have the option to opt-out of these cookies. But opting out of some of these cookies may affect your browsing experience.
Necessary Always Enabled
Necessary cookies are absolutely essential for the website to function properly. These cookies ensure basic functionalities and security features of the website, anonymously.
Functional
Functional cookies help to perform certain functionalities like sharing the content of the website on social media platforms, collect feedbacks, and other third-party features.
Performance
Performance cookies are used to understand and analyze the key performance indexes of the website which helps in delivering a better user experience for the visitors.
Analytics
Analytical cookies are used to understand how visitors interact with the website. These cookies help provide information on metrics the number of visitors, bounce rate, traffic source, etc.
Advertisement
Advertisement cookies are used to provide visitors with relevant ads and marketing campaigns. These cookies track visitors across websites and collect information to provide customized ads.
Others
Other uncategorized cookies are those that are being analyzed and have not been classified into a category as yet.
SAVE & ACCEPT
Manage Cookie Consent
To provide the best experiences, we use technologies like cookies to store and/or access device information. Consenting to these technologies will allow us to process data such as browsing behavior or unique IDs on this site. Not consenting or withdrawing consent, may adversely affect certain features and functions.
Manage options Manage services Manage vendors Read more about these purposes
View preferences
{title} {title} {title}